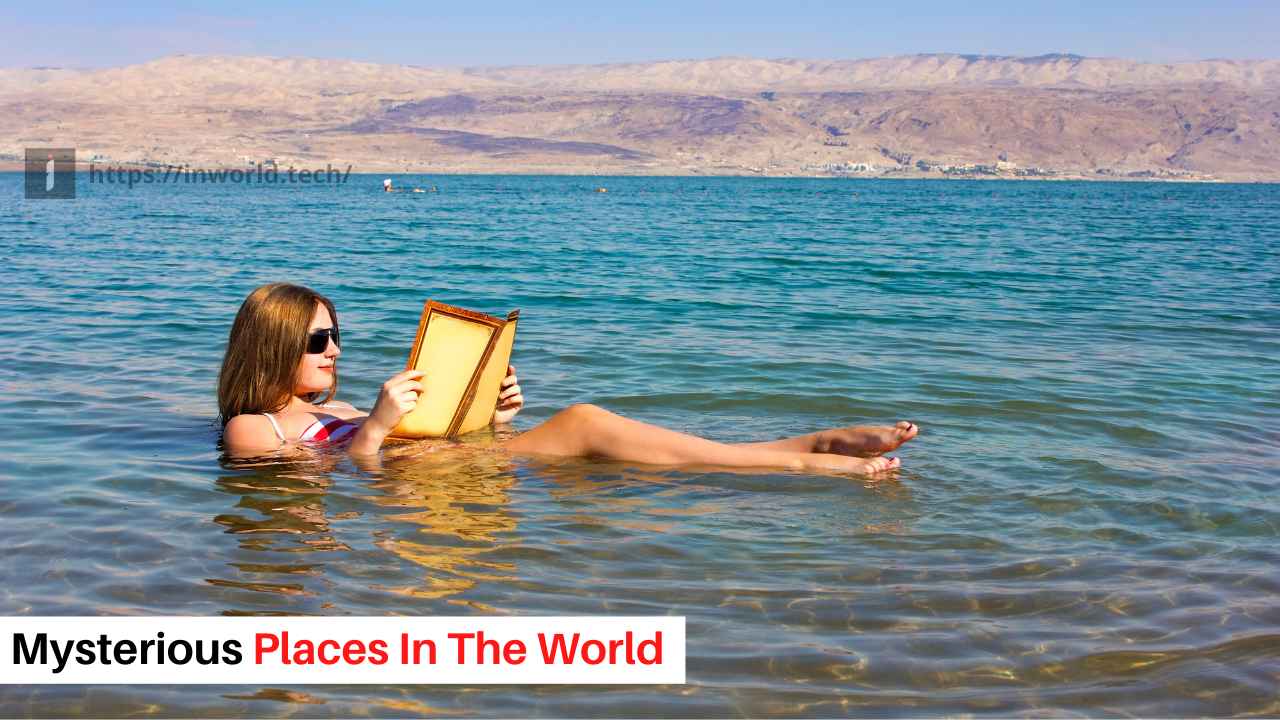 The Most Mysterious Places in the World – Most of us are fond of travel and adventure and when we feel like it or don’t get the chance, just set out for the trip! Today we are going to tell you about the most mysterious and dangerous places in the world, where it means to embrace your death and it is strictly forbidden to go to these places! Well, there are many such places in the world, where going is not free from danger. It is said that after visiting these places, there is no guarantee of human return.

The Bermuda Triangle is a triangle connecting all three of America’s Florida, Puerto Rico and Bermuda, where the largest sea and airplane disappear as soon as they reach. It is considered to be the most dangerous place in the world. Scientists have also not been able to find out the mystery of the Bermuda Triangle, what is the power here that takes the ship. It fails all the laws of science.

America’s bomber disappeared : Thousands of people have lost their lives here in the last hundreds of years. It has come to the fore in one of the statistics that every year on an average 4 airplanes and 20 seaplanes mysteriously disappear. In 1945, five American torpedo bombers flew over this triangular area from Fort Loderdale with 14 men. About 90 minutes after the trip, radio operators received a signal that the compass was not working. Contact was lost shortly thereafter and the people on those planes never returned.

The world is full of many wonders. One such wonder is Door to Hell, which is located in the village of Darvez in Turkmenistan. Darvez is a Persian word which means gate or door in Hindi. There is a 230 feet wide crater in this village, in which fire has been burning continuously since 1971 till now.

Only 14 percent of Turkmenistan’s population lives here. Darvez village is located in the Desert Area. In 1971, scientists from the former Soviet Union came to this desert area to search for oil and gas. They selected this place for drilling, located near the village of Darvez. He started drilling by putting a setup here, which made a crater here. There was no loss of life in this accident, but a lot of methane gas started coming out from this crater.

There were two options to stop the methane gas from coming out, either to close this crater or to burn this methane gas. Scientists adopted another method and set fire to the crater, since then this crater has been burning till today, Door to Hell has become a major tourist attraction of Turkmenistan.

This island is very strange and beautiful to see. Seeing this island, it seems as if we have come to another world. Far away from Africa, this island situated in Yemen is very unique. Known as ‘Lost Island’, this island attracts a large number of visitors these days.

About 800 rare species of trees and plants are found on this island. And seeing the view of its wonderful tree gives you great pleasure. Due to the unique structure of this island, it has been declared a UNESCO World Heritage Site. About 44 thousand people live in this island. All the people living here believe in ghosts. This island is completely filled with unique and strange trees.

You must have seen many such sculptures made by humans and figures made on the ground which are attractive and beautiful in themselves. But the figures we are going to tell you today are very huge and are not made by humans. Now this secret remains even today that who made these figures, due to which they have become very mysterious. We are talking about the Nazca Lines desert which is located in southern Peru. So let’s know about these unique shapes.

There are many such figures on this desert located in Peru, which you can be surprised to see. Some of these figures appear to be of humans, plants and animals. Apart from this, straight lines are also visible on the desert surface.

It is believed that these lines have existed since 200 BC. These lines are spread over an area of ​​about 500 square kilometres. They can be seen more clearly with the help of helicopter. It is also said about this that UFOs from other planets had landed here, due to which so many structures were made on the surface.

The world’s largest diamond mine is located in Eastern Siberia, named ‘Mirny Mine’. Due to the huge size of this mine, the high pressure of air causes the helicopters passing over it to crash. The mine was discovered on June 13, 1955 by a team of Soviet geoscientists. It is also considered to be the second largest man-made crater in the world. The team that found it included Yuri Khabardin, Ekaterina Elabina and Viktor Evdina. For this discovery, Soviet geologist Yuv Khabardin was awarded the Lenin Prize in 1957.

After the discovery of this mine, Russia became the third largest producer of diamonds in the world. Earlier 10 million i.e. one crore carat diamond was extracted from this mine every year. This mine is so huge that sometimes helicopters passing over it get absorbed in it by the pressure of the air below. Helicopters were banned from passing over it. In the year 2011, this mine has been completely closed.

So this was the most mysterious places in the world. Hope you find this information interesting and good, then do not forget to share this blog with your friends and relatives. And thank you wholeheartedly for visiting the blog till the end.