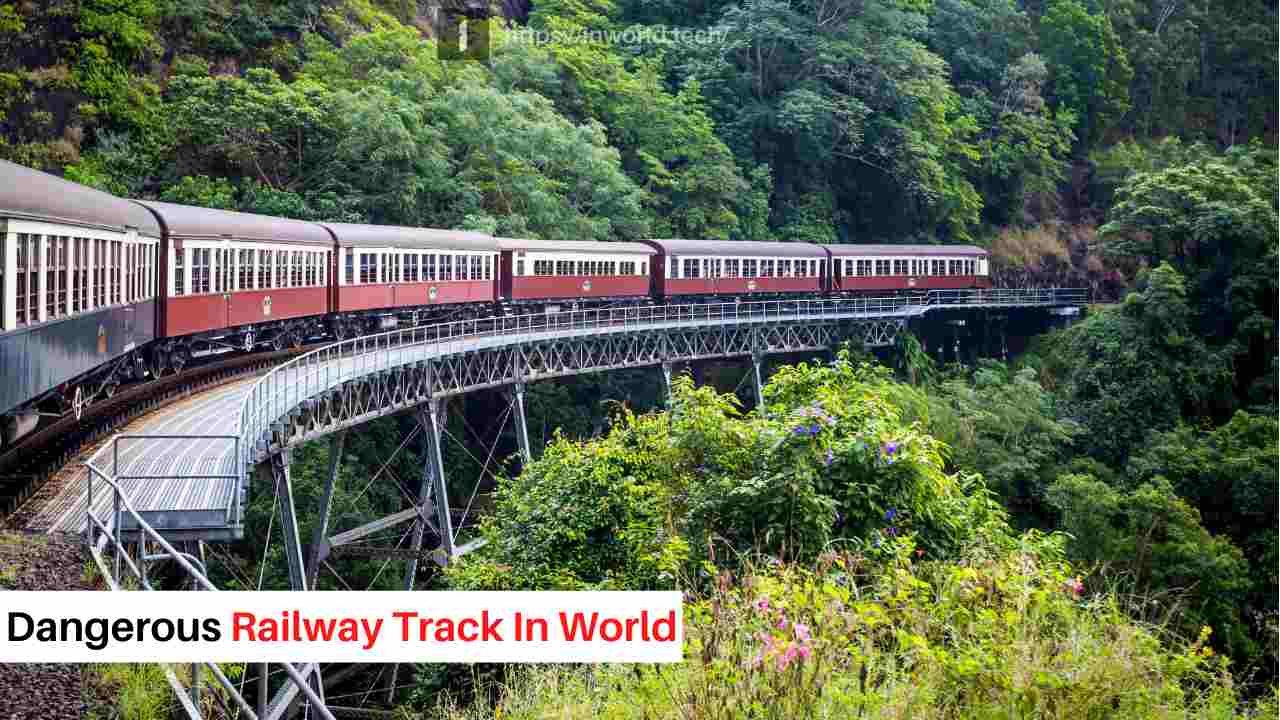 This railway track passes through Barron Gorge National Park in Australia. This railway track, connecting the two mountains, forms a very large bridge, which is bout deep on both sides. And the most special thing about the railway track is that there is a big water fall near this track itself. When the train passes through this track, the water of the spring leaves no stone unturned to get the passengers wet in the train, behind this wonderful shade of the track, there is also fear in the hearts of the people because from here the surrounding view is exciting. It is dangerous too.

This railway track track takes you from the Autenikwa Railway Station to the Autenikwa Transport Museum in the country of South Africa. This train passes through this huge bridge and on both sides there is a very deep ditch, under which the river flowing and the train running above passes through many narrow paths. Which fills the mind of the passengers of this train with excitement, as well as many times people also feel scared during the journey in this train.

was inaugurated in 1914. The Chennai-Rameswaram road runs between the sea for 2.5 km from one shore to the other. The Chennai Rameswaram rail route from Chennai to Rameswaram runs on the Pamban bridge, which is the most dangerous railway bridge in the world. Travelers traveling this route say the worst part of the ride is the delicate bridge hitting the train over the turbulent sea.

So this was the most dangerous railway track in world. Hope you find this information interesting and good, then do not forget to share this blog with your friends and relatives. And thank you wholeheartedly for visiting the blog till the end.